After his PhD at Cambridge, he has worked on particle physics experiments at DESY (TASSO, and the discovery of the gluon, and subsequently JADE, and the measurement of the B lifetime) , CERN (OPAL doing precision studies of the Z ), and SLAC(BaBar, and the discovery of CP violation in B mesons). He is currently a member of the LHCb collaboration. After many years at Manchester, rising from lecturer to professor, he moved to Huddersfield in 2011, from where he retired in 2017 He has written a textbook on Statistics, founded the Cockcroft Institute, started the ThorEA association, and originated the National Particle Physics Masterclasses. He was the PI of the CONFORM project that led to the successful operation of EMMA, the worlds's first nsFFAG accelerator.

William Of Ockham is one of the few medieval theologian/philosophers whose name survives today, thanks to his formulation of the principle known as Occam’s Razor. In the original latin, if you want to show off, it runs Non sunt multiplicanda entia sine necessitate, or Entities are not to be multiplied without necessity, which can be loosely paraphrased as The simplest explanation is the best one, an idea that is as attractive to a  21st century audience as it was back in the 14th.

Now fast forward a few centuries and let’s try and apply this to the neutrino. People talk about the “Dirac Neutrino” but that’s a bit off-target. Paul Dirac produced the definitive description not of the neutrino but of the electron. The Dirac Equation shows – as explained in countless graduate physics courses – that there have to be 2×2=4 types of electron: there are the usual negatively charged ones and the rarer positively charged ones (usually known as positrons), and for each of these the intrinsic spin can point along the direction of motion (‘right handed’) or against it (‘left handed’). The charge is a basic property that can’t change, but handedness depends on the observer (if you and I observe and discuss electrons while the two of us are moving, we will agree about their directions of spin but not about their directions of motion.)

Dirac worked all this out to describe how the electron experienced the electromagnetic force.  But it turned out to be the key to describing its behaviour in the beta-decay weak force as well. But with a twist. Only the left handed electron and the right handed positron  ‘feel’ the weak force. If you show a right handed electron or a left handed positron to the W particle that’s responsible for the weak force then it’s just not interested.   This seems weird but has been very firmly established by decades of precision experiments.

(If you’re worried that this preference appears to contradict the statement earlier that handedness is observer-dependent then well done! Let’s just say I’ve oversimplified a bit, and the mathematics really does take care of it properly. Give yourself a gold star, and check out the difference between ‘helicity’ and ‘chiralilty’ sometime.)

And this is where William comes in wielding his razor. Our list of fundamental particles includes this absolutely pointless pair that don’t participate at all. What’s the point of them? Can’t we rewrite our description in a way that leaves them out?

And it turns out that we can. 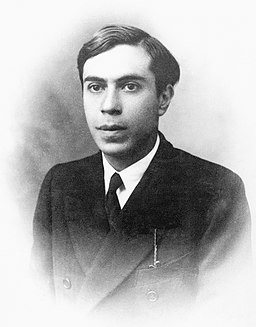 Ettore Majorana, very soon after Dirac published his equation for the electron, pointed out that for neutral particles a simpler outcome was possible. In his system the ‘antiparticle’ of the left-handed neutrino is the right-handed neutrino. The neutrino, like the photon, is self-conjugate. The experiments that showed that neutrinos and antineutrinos were distinct (neutrinos produce electrons in targets: antineutrinos produce positrons) in fact showed the difference between left-handed and right-handed neutrinos. There are only 2 neutrinos and they both interact, not 2×2 where two of the foursome just play gooseberry.

So hooray for simplicity. But is it?

The electron (and its heavier counterparts, the mu and the tau) is certainly a Dirac particle. So are the quarks, both the 2/3 and the -1/3 varieties. If all the other fundamental fermions are Dirac particles, isn’t it simpler that the neutrino is cut to the same pattern, rather than having its own special prescription? If we understand electrons – which it is fair to say that we do – isn’t it simpler that the neutrino be just a neutral version of the electron, rather than some new entity introduced specially for the purpose?

And that’s where we are. It’s all very well advocating “the simple solution” but how can you tell what’s simple? The jury is still out. Hopefully a future set of experiments (on neutrinoless double beta decay) will give an answer on whether a neutrino can be its own antiparticle, though these are very tough and will take several years. After which we will doubtless see with hindsight the simplicity of the answer, whichever it is, and tell each other that it should have been obvious thanks to William.   But at the moment he’s not really much help.

In preparing a recent talk on probability for physics grad students – it’s here if you’re interested – I thought up a rather nice example to bring out a key feature of frequentist probability. I decided not to include it, as the talk was already pretty heavy, but it seemed too good an illustration to throw away. So here it is.

Suppose you’ve applied for a job. You make the short list and are summoned for interview. You learn that you’re one of 5 candidates.

So you tell yourself – and perhaps your partner – not to get too hopeful.  There’s only a 20% probability of your getting the job.

That 20% number is a joint property of yourself and what statisticians call the collective, or the ensemble.  Yes, you are one of a collective of 5 candidates, but those candidates are not all the same.

Let me tell you – from my experience of many job interviews, good and bad, on both sides of the table, about those 5 candidates .

One candidate will not turn up for the interview. Their car will break down, or their flight will be cancelled, or they will be put in Covid-19 quarantine. Whether their subconscious really doesn’t want them to take this job, or they have a guardian angel who knows it would destroy them, or another candidate is sabotaging them, or they’re just plain unlucky, they don’t show.   There’s always one.

A second candidate will be hopeless. They will have submitted a very carefully prepared CV and application letter that perfectly match everything in the job specification, bouncing back all the buzz-words and ticking all the boxes so that HR says they can’t not be shortlisted. But at the interview they turn out to be unable to do anything except repeat how they satisfy all the requirements, they’ll show no signs of real interest in the work of the job apart from the fact that they desperately want it.

The third candidate will be grim. Appointable, but only just above threshold. The members of the panel who are actually going to work with them are thinking about how they’re going to have to simplify tasks and provide support and backup, and how they really were hoping for someone better than this.

Candidate four is OK.  Someone who understands the real job, not just the job spec in  the advert, and who has some original (though perhaps impractical) ideas. They will make a success of the job and though there will be occasional rough patches they won’t need continual support.

Candidate five is a star. Really impressive qualification and experience on paper, glowing references, and giving a superb interview performance, answering questions with ease and enthusiasm and using them to say more. They will certainly get offered the job – at which point they will ask for a delay, and it will become clear that they’re also applying for a much better job at a superior institution, and that they don’t really want this one which is only an insurance in case they don’t get their top choice.

So there are the five. (Incidentally, they are distributed evenly between genders, backgrounds and ethnicities). Don’t tell yourself your chance is 20%. That’s true only in the sense that your chance of being male (as opposed to female) is 50%.  Which it is, as far as I’m concerned, but certainly not as far as you’re concerned.

Instead ask yourself – which of the five candidates are you?

This is actually my third blog.

The first was at the general election in 2010, when I was standing as the Lib Dem candidate in Macclesfield. It was early days for social media campaigns and look pretty primitive now. It includes a passionate Liberal Democrat pledge to abolish student fees – subsequent events made me feel pretty sick about that. I didn’t quit the party, but it was close.

The second charted events in the Huddersfield Accelerator Institute, and it gave way of recording a lot of the things we did. I got some of the students to write some of the posts, which was good.  It’s not clear if anyone ever read it, and all the university blogs seem to have dropped out of sight in a recent web reorganisation.

So this, my third, is a retirement project. (Well, it’s better than taking up golf or buying a motorbike.) As any researcher will tell you, the urge to find out about things is closely linked to a ‘mission to explain’ need to share them with other people.  Before retirement, teaching students gave me that outlet.  This is a substitute.  When I’ve understood (by hard struggle or by blinding insight) something in physics, or statistics, or whatever, this will give me a platform to tell others about it.

Of course there’s no guarantee that anyone will read it – there is so much published on the web. But I can only try, and see what happens.